For a fleeting few seconds in mid-October, it sounded like the Fourth of July in Sinking Spring, PA. Why? Blasting had to take place in order to break up the rock and move forward with excavation at the site of this new build. Click here to watch the blasting on site. 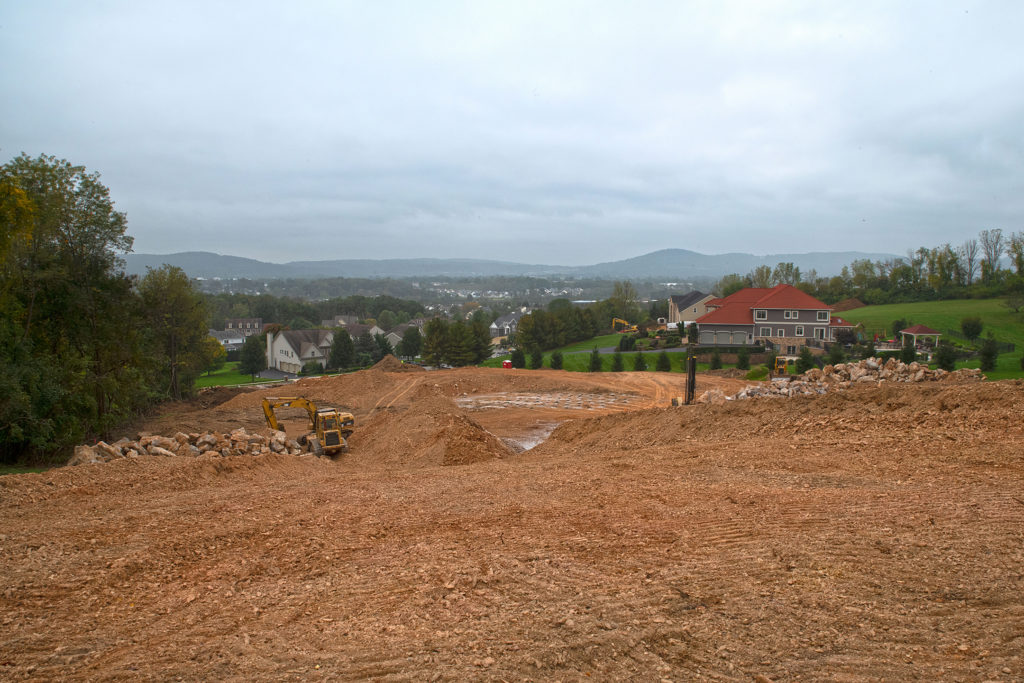 John Werner, Site Superintendent for D&B Elite Custom who is managing this 7,000 SF custom home build, explained that two days’ worth of drilling had to take place before the blasting could occur. “This was the first step in getting the foundation in,” he explains. 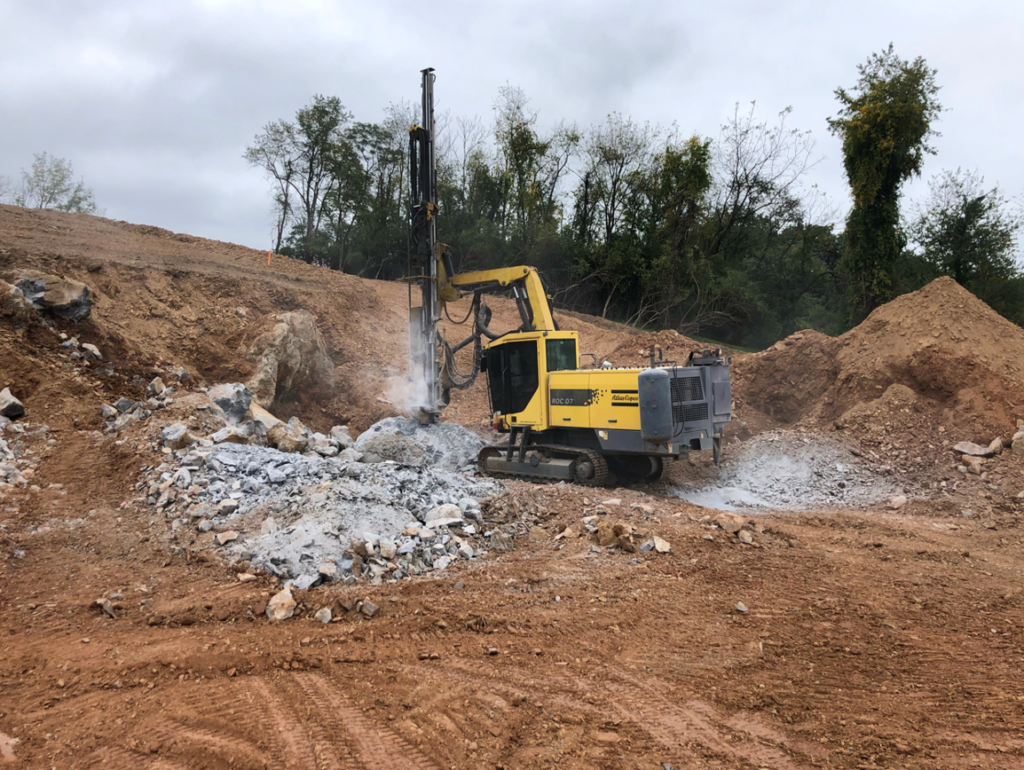 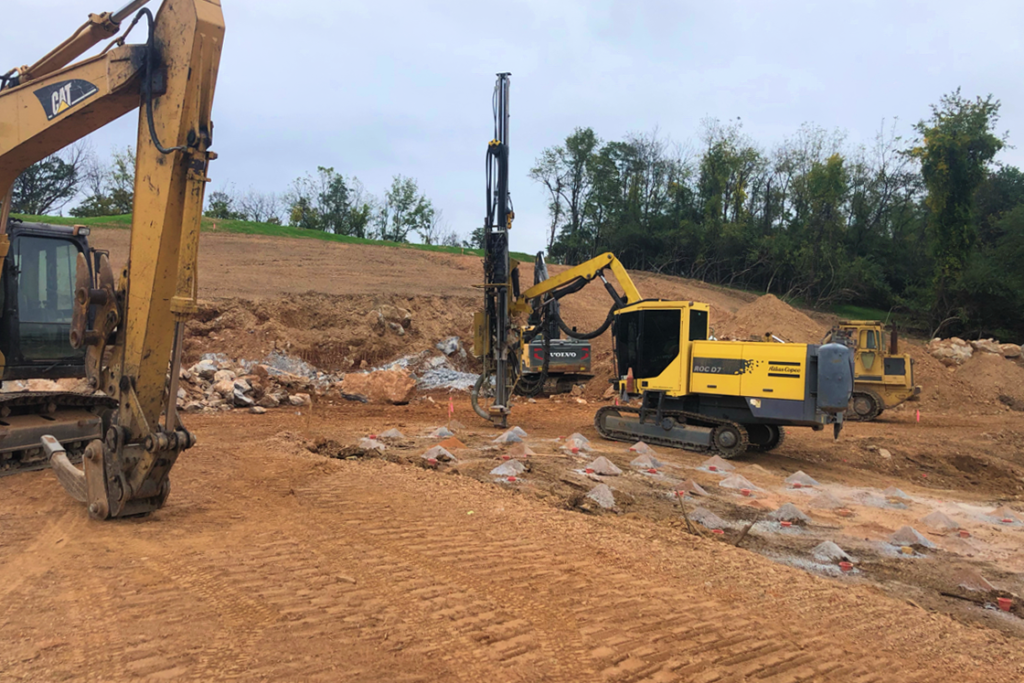 Grant Wise was the man on the scene monitoring the seismograph and making sure everyone was safe. His dad started J. Roy’s Inc., which he now operates out of Lancaster County, back in the 1970’s. He has completed many interesting projects over the years, including recently dropping an entire metal bridge with stone piers into the river off Route 23 just outside of King of Prussia. 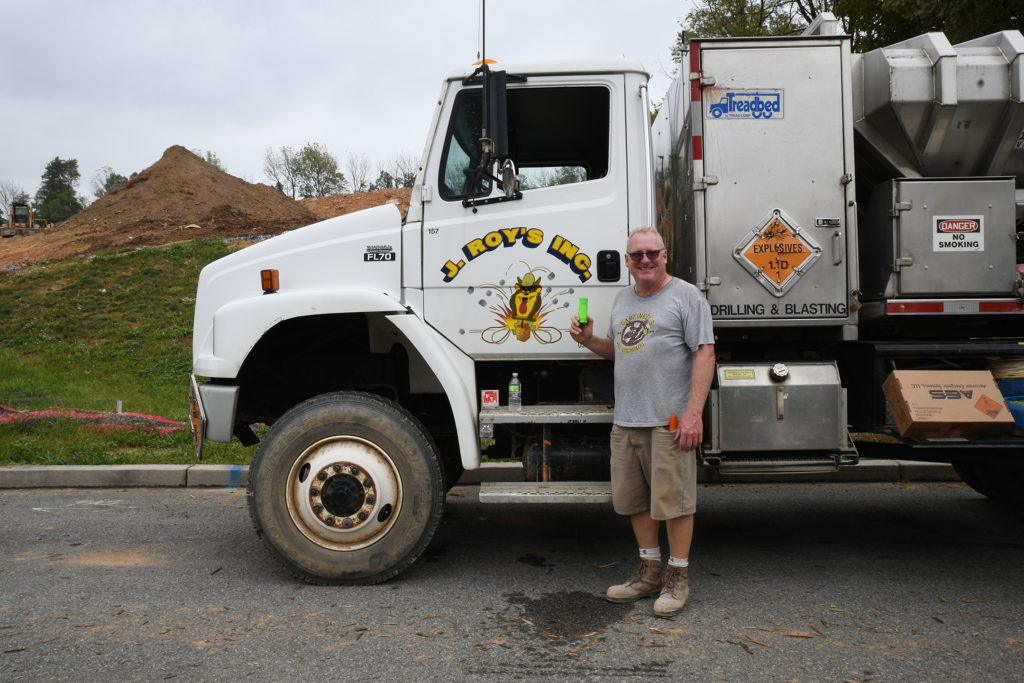 “We got here at about 8 AM on the day of the blasting. There was approximately 3.5 hours of prep work that needed to be done before we could blast everything. This included laying 120 blasting caps out, laying out the boosters, and filling them with ammonium nitrate, a common chemical used as explosives in the construction and mining industries,” Wise explains. 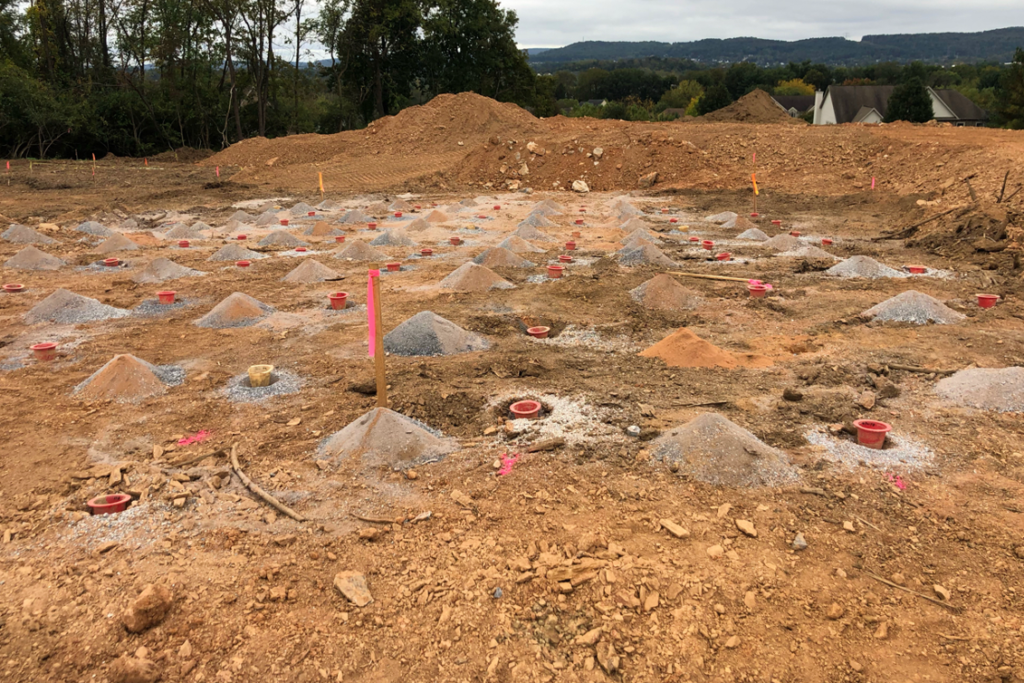 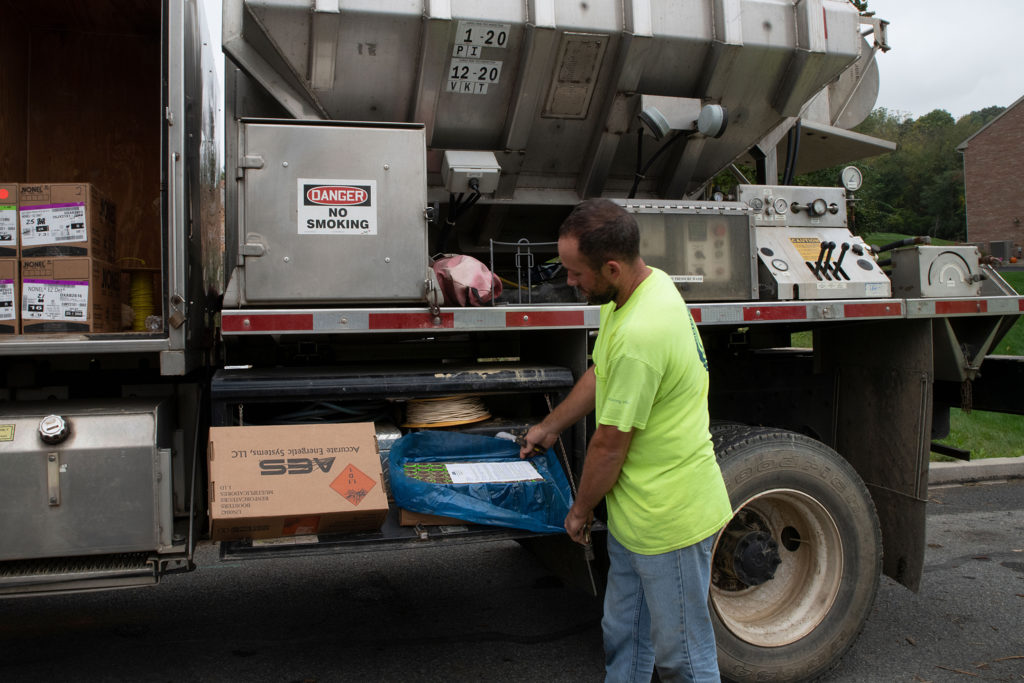 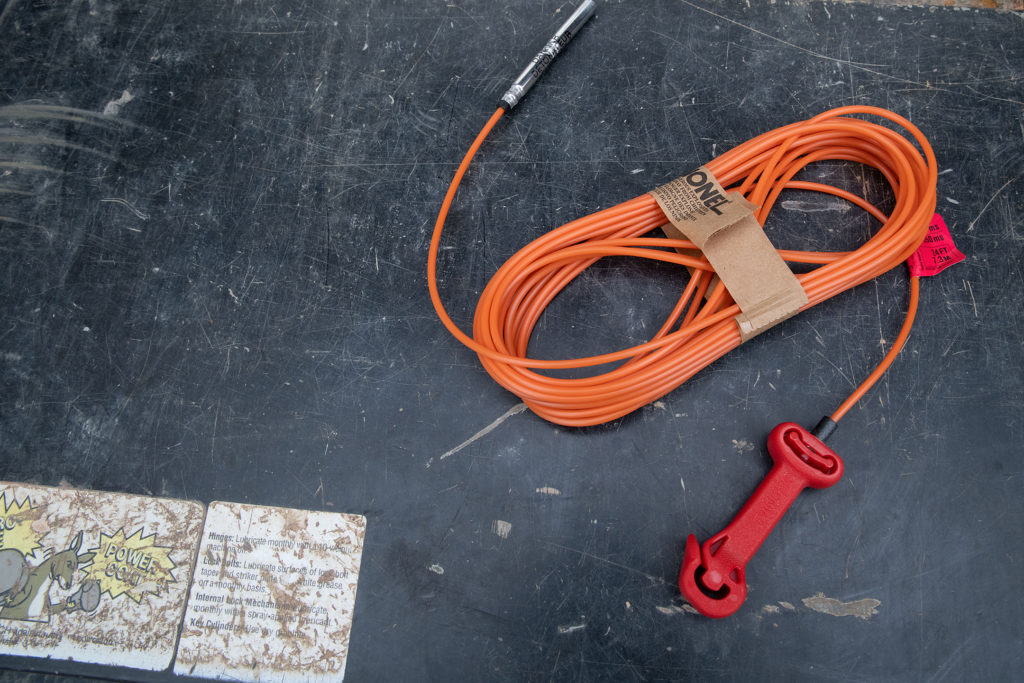 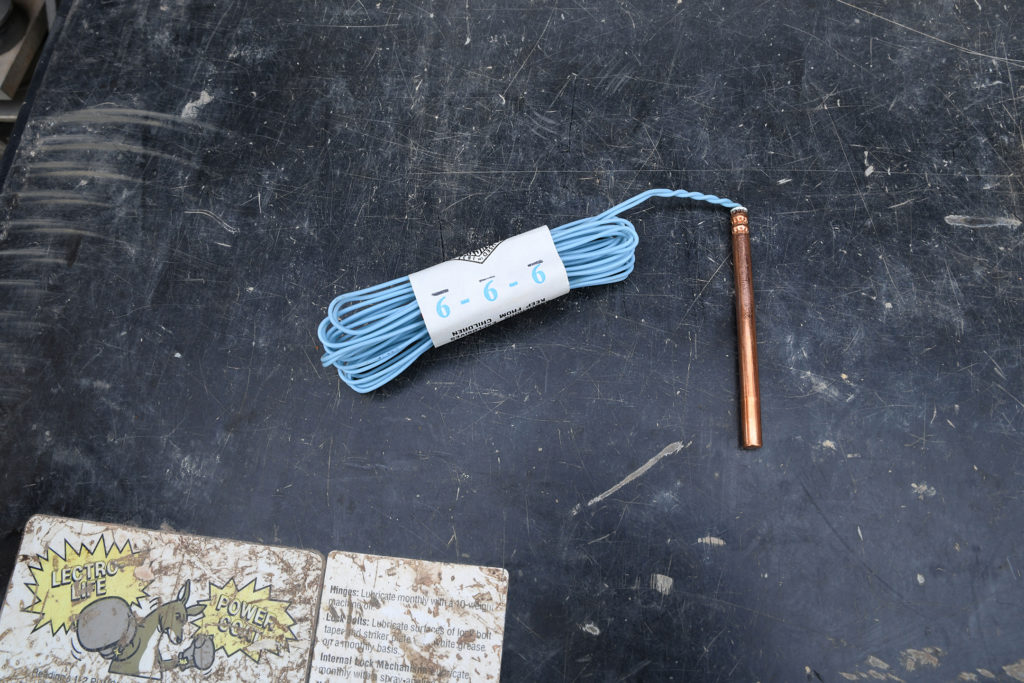 The ammonium nitrate solution creates an emulsion explosive commonly referred to as “toothpaste,” which it looks exactly like. Wise explains that J. Roy’s Inc. has approximately 50,000 pounds of this on hand. “For this project in particular we injected 2,000 pounds into the hole on top of the green booster box,” he explains. 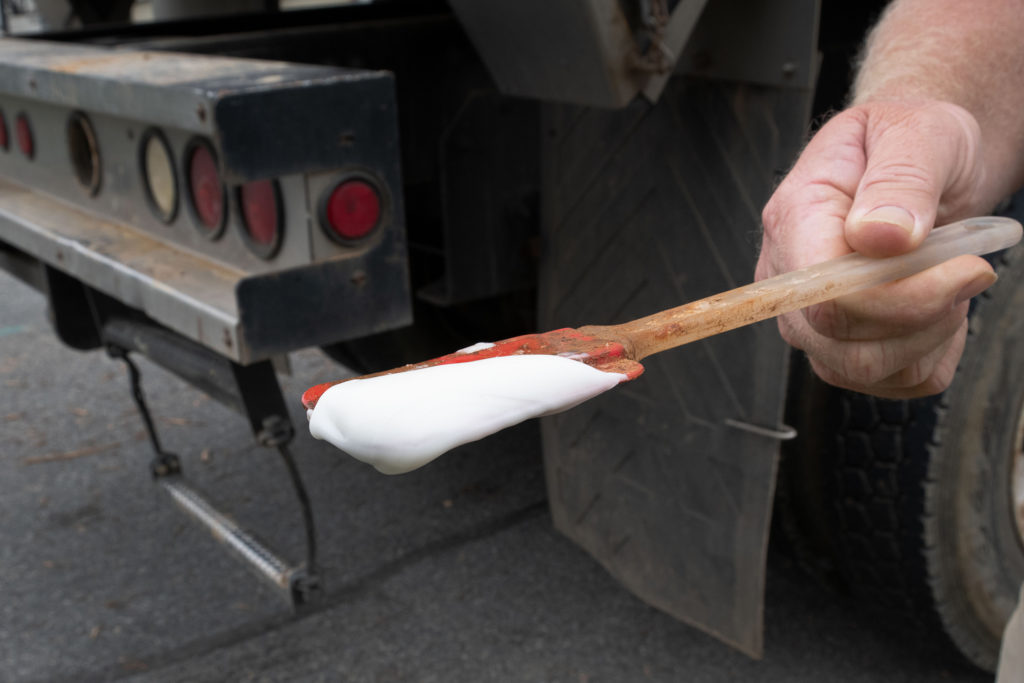 After the blasting took place, our Trade Partner Gruber Excavation removed all of the 73 cubic yards limestone rock and lay the foundation of the house. “Because of blasting, we could dig this large foundation in just two days,” explains John. “About two weeks prior to blasting we drilled a series of probes and used the intel gathered from that to determine where exactly we needed to blast.” 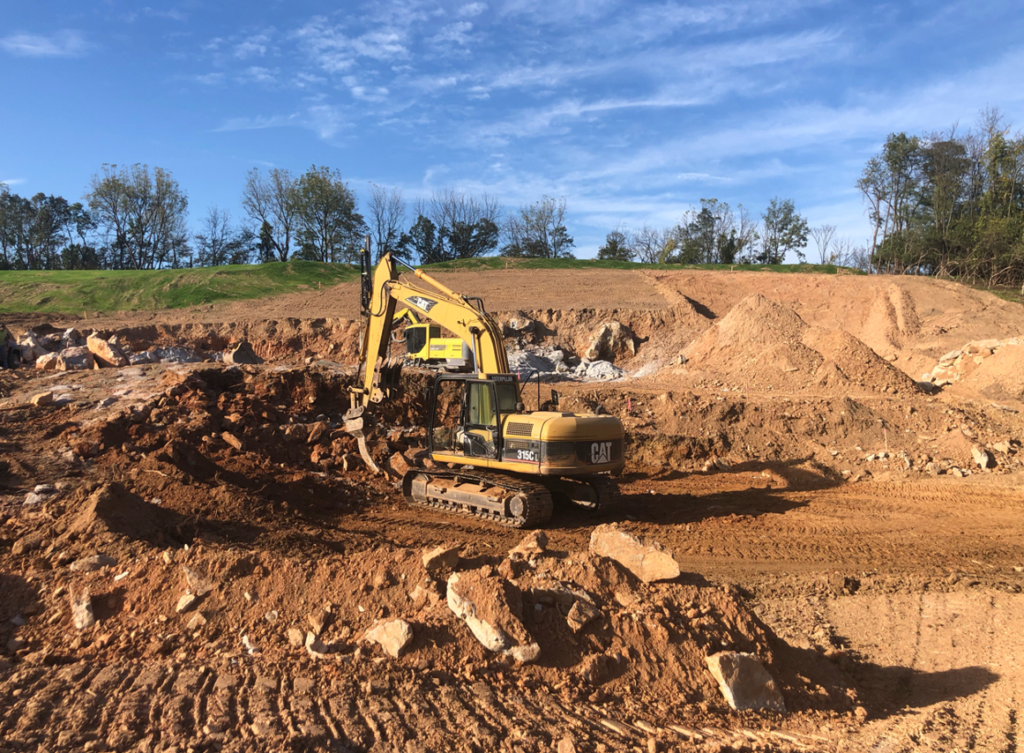 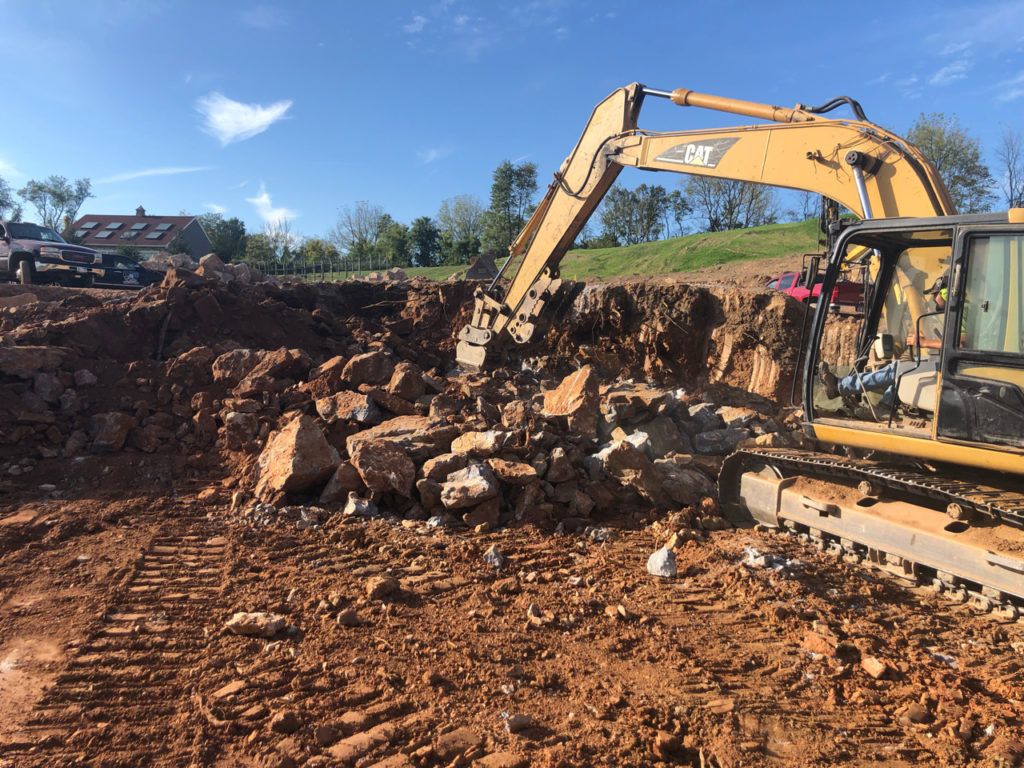 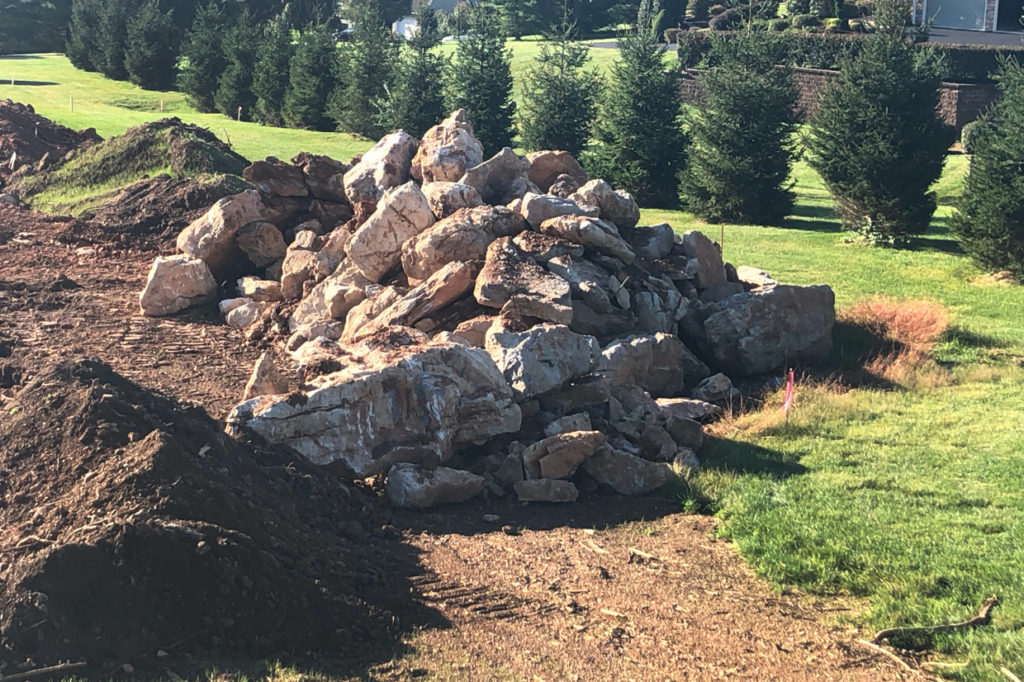 “In areas where blasting couldn’t be done due to it already being excavated, we completed something known as ‘Swiss Cheese.’ Essentially, this involves digging five-foot-deep holes, which allow us to break the rock with a hydraulic breaker. There were also some instances where the cost of blasting would have exceeded that of conventional rock breaking.” 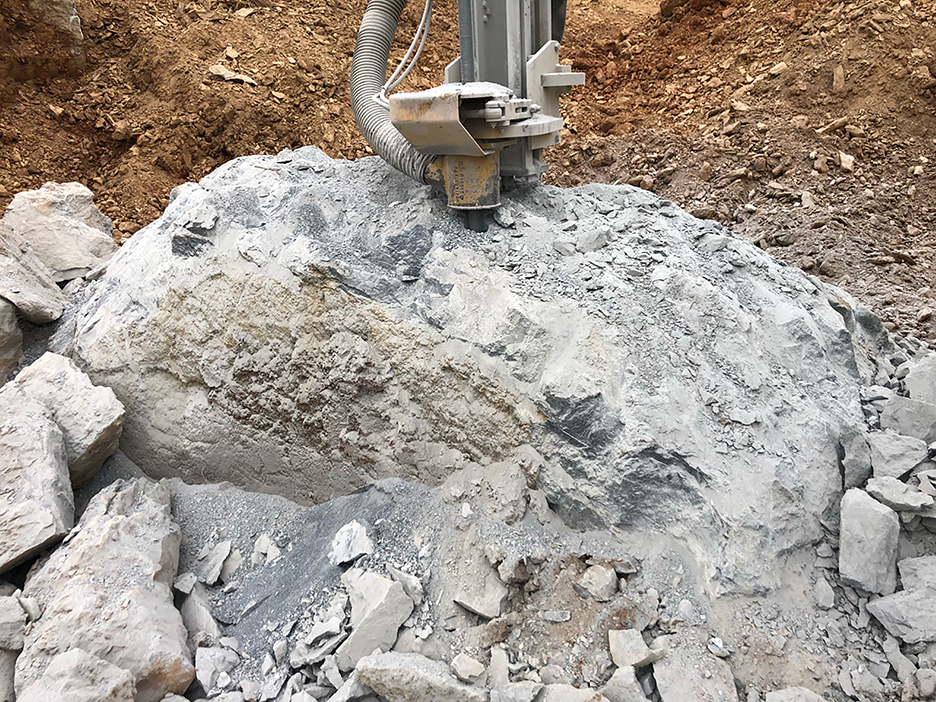 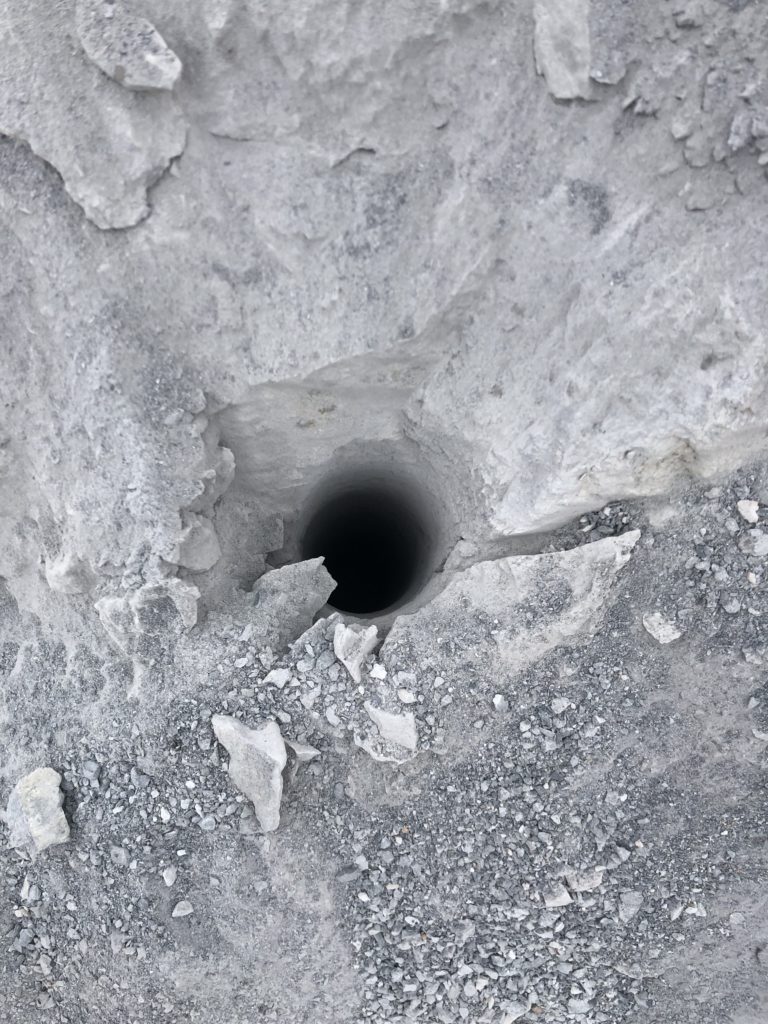 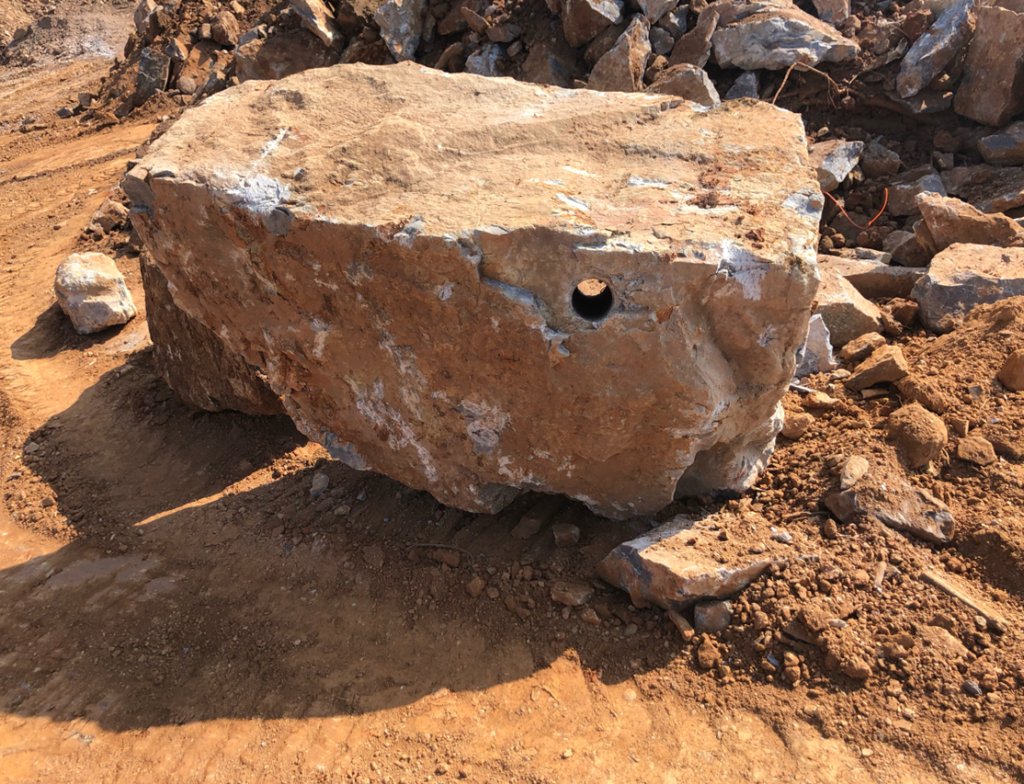 Once blasting and digging occurred, approximately 200 yards of concrete were poured shortly after by our Trade Partner, Zimmerman Masonry. Below are some recent progress shots of what this $1.5 million-dollar custom home, which should be completed around April 2022, currently looks like. “At the turn of the month we began framing,” concludes John. Stay tuned for more updates on this custom home! 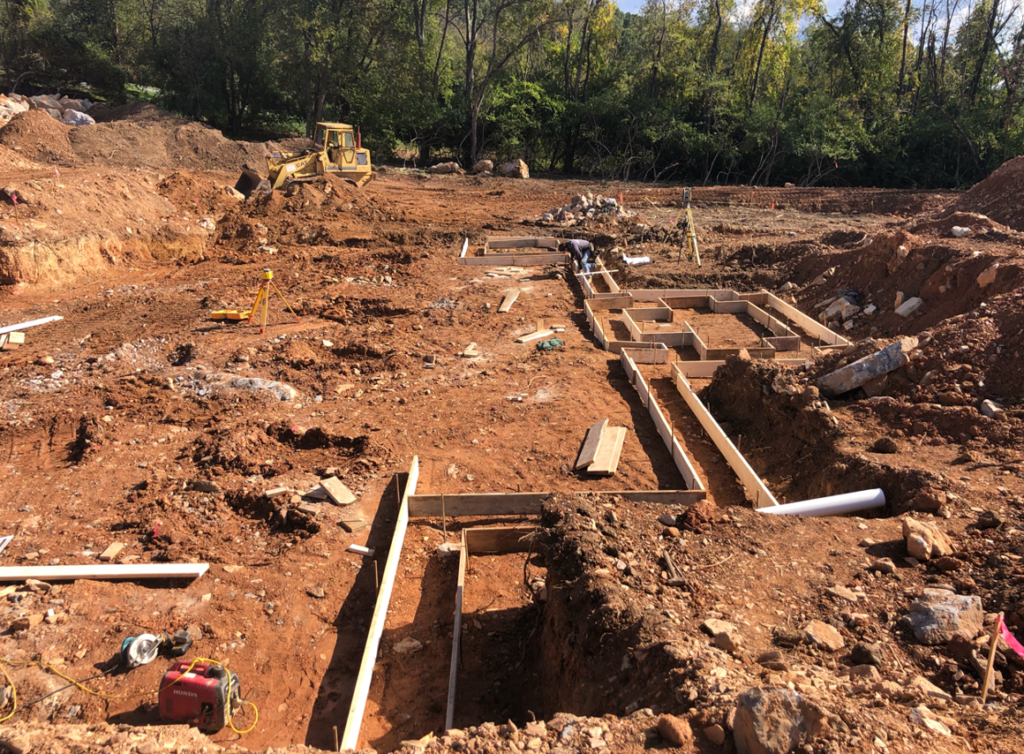 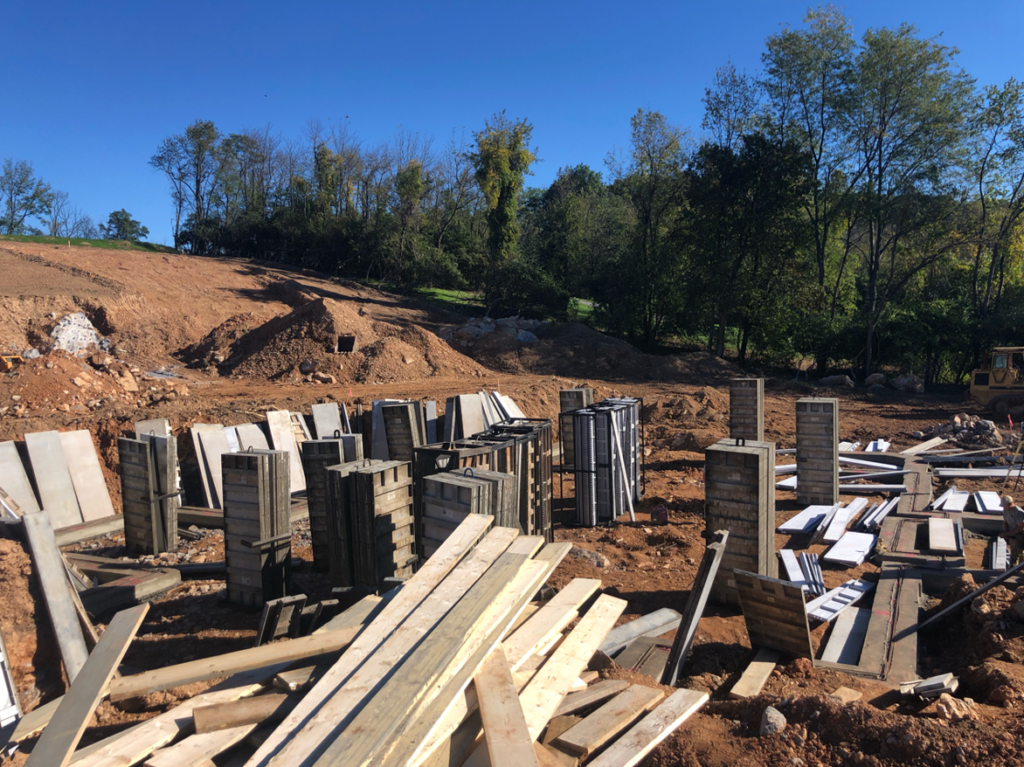 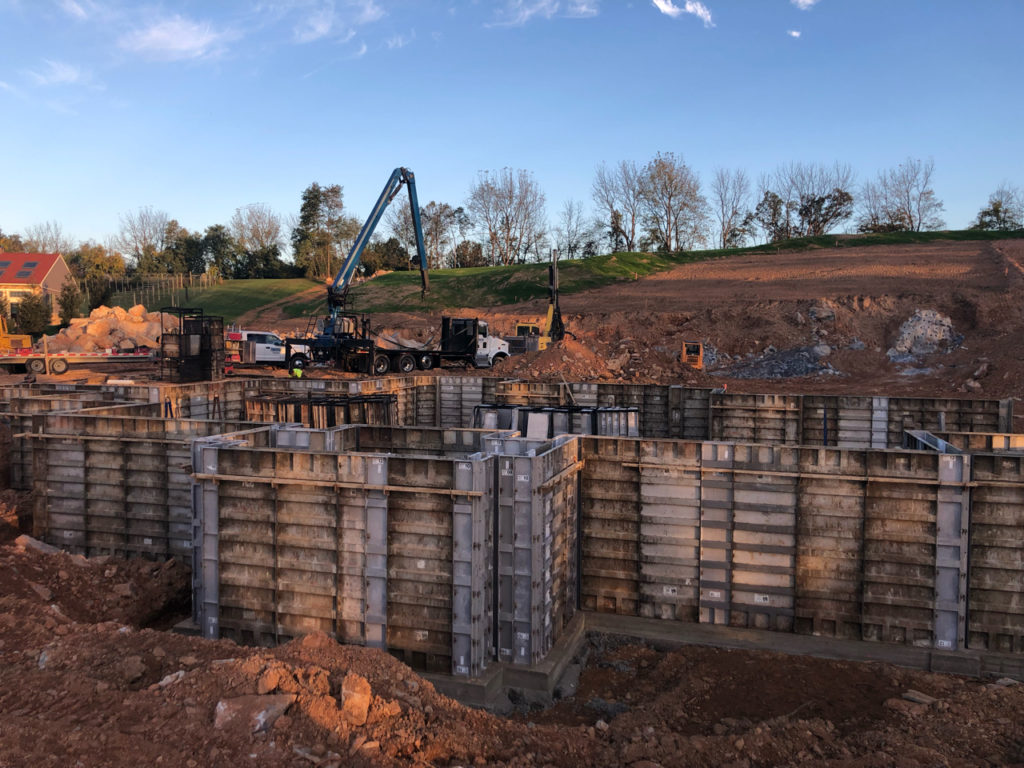 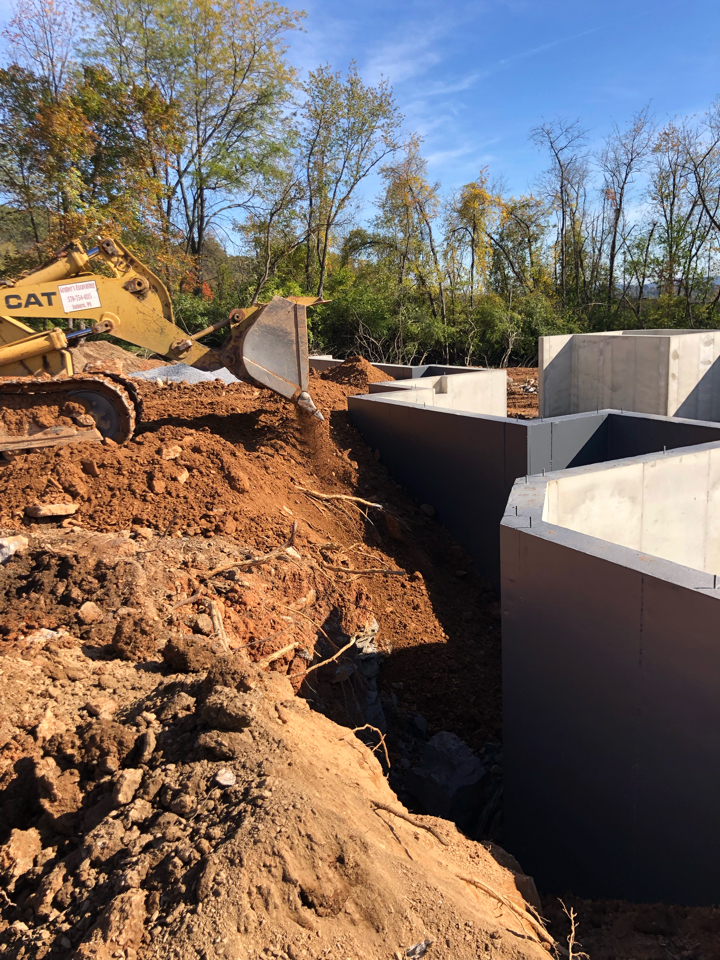 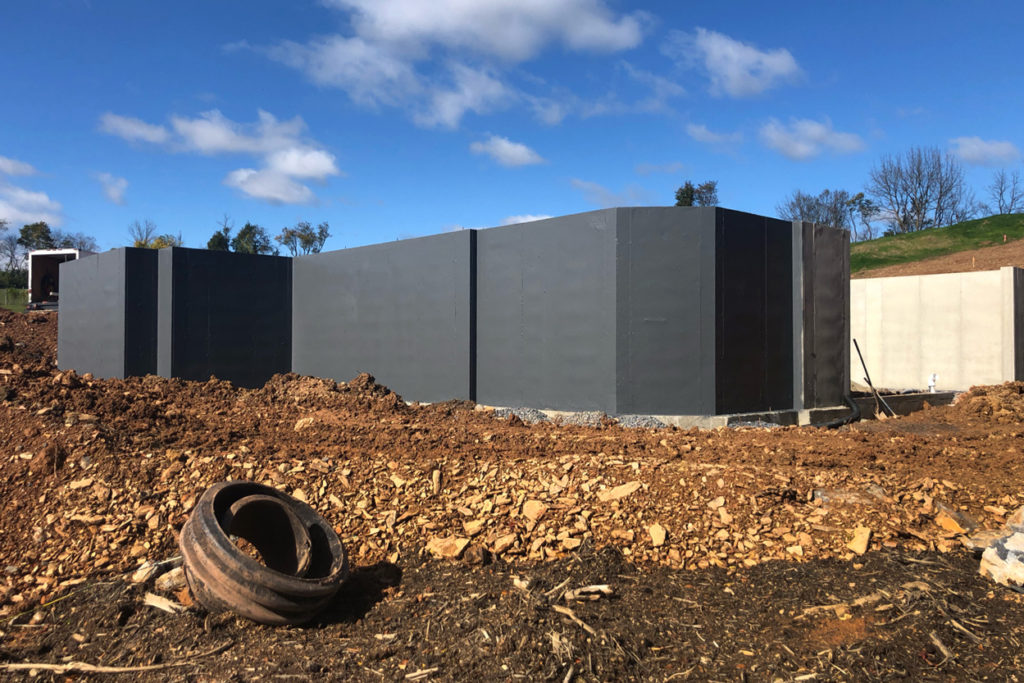 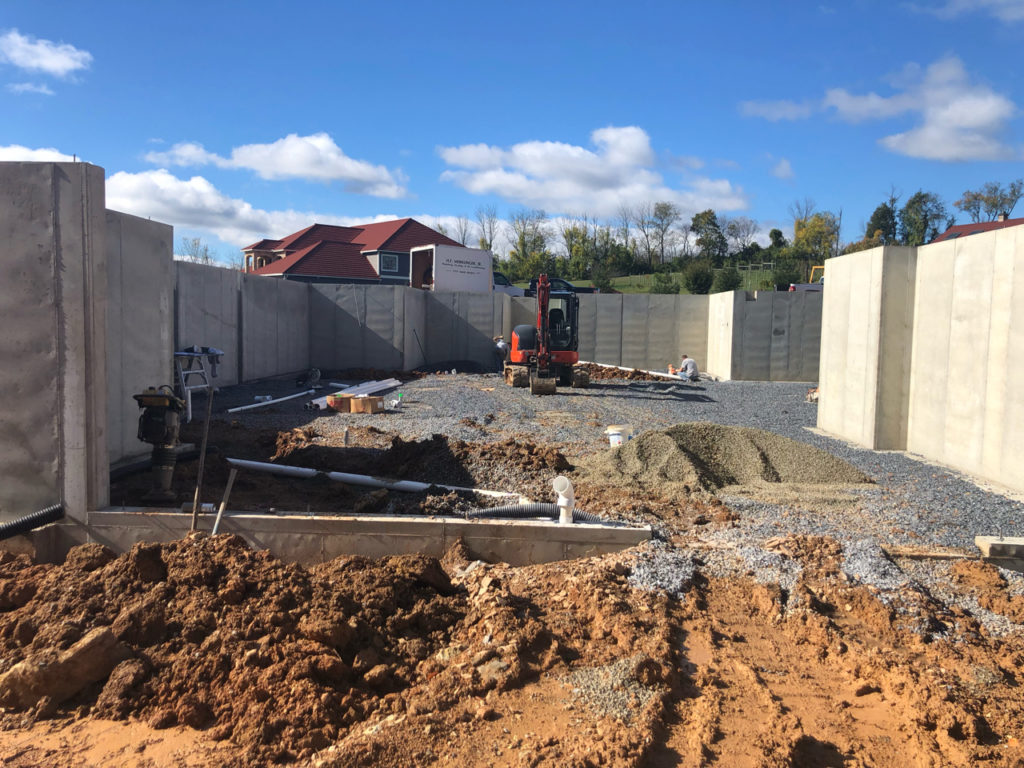 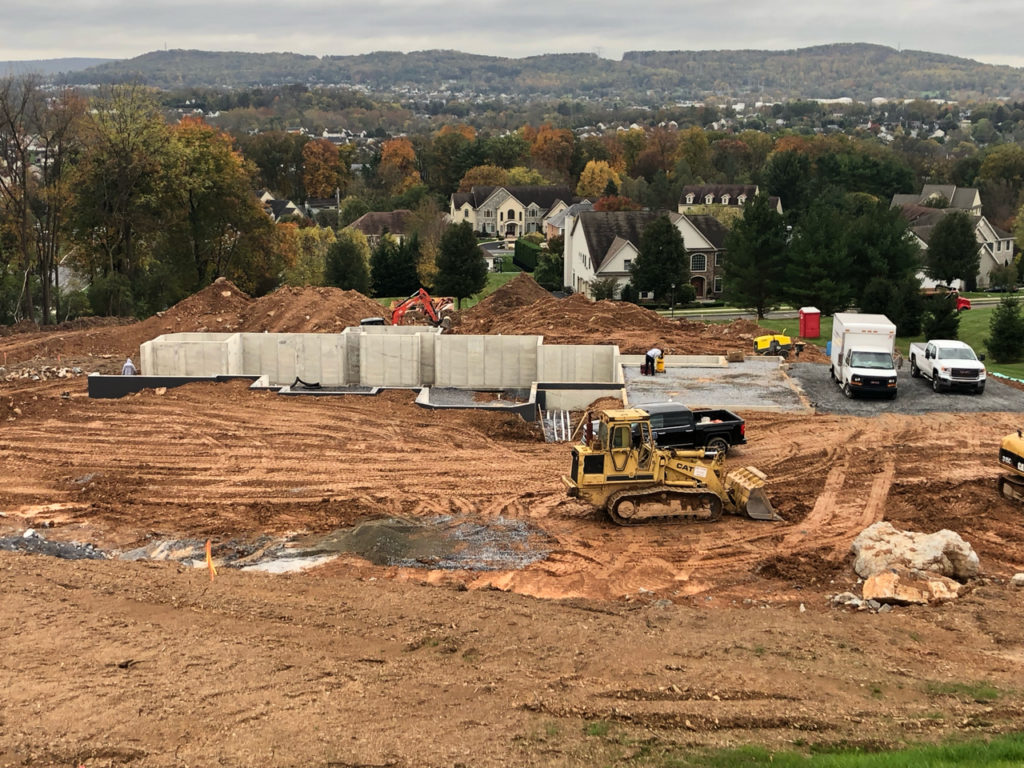